Cindy was born in South Lake Tahoe but left with her family to Mexico to attend primary school. She moved back as she started 9th grade – and quickly came to realize how difficult it was to be a bright person and strong academic performer, but not have the necessary English skills in place.

Cindy continued to work on her strengths and develop her skills in English as a first-generation college student at LTCC, where she graduated from in 2002 with an Associate degree in Liberal Studies. She used savings from work to transfer to California State University, Sacramento (CSUS), where she earned her Bachelor’s in Liberal Studies. She continued there to earn her Bilingual, Cross-cultural, Language and Academic Development (BCLAD) Teaching Credentials in 2005. She eventually earned her Master’s degree in Educational Leadership and Administrative Credentials there in 2011. While at CSUS, Cindy began working with the university’s Migrant Education program, providing tutoring and teaching support to farm-worker families.

After returning to Tahoe, Martinez began as a first-grade teacher at Bijou. Two years later, she transitioned into teaching third grade. She also served as an Early Intervention for Student Success Coach and a Beginning Teacher Support and Assessment (BTSA) program mentor, where she shared her successful teaching style and experience. She moved into school administration in 2013, and has served as principal at Bijou Community School for the past five years.

Martinez has volunteered with many different organizations during her career. She is a CSUS Multicultural Conference volunteer, is part of the Latino Literacy Project, was a Family Resource Center Board member from 2013 to 2016, a member of the Tahoe Women’s Community Fund, a community member serving on the 2016 LTCC Presidential Screening Committee and is part of the Administrative Leadership Academy at the El Dorado County Office of Education. 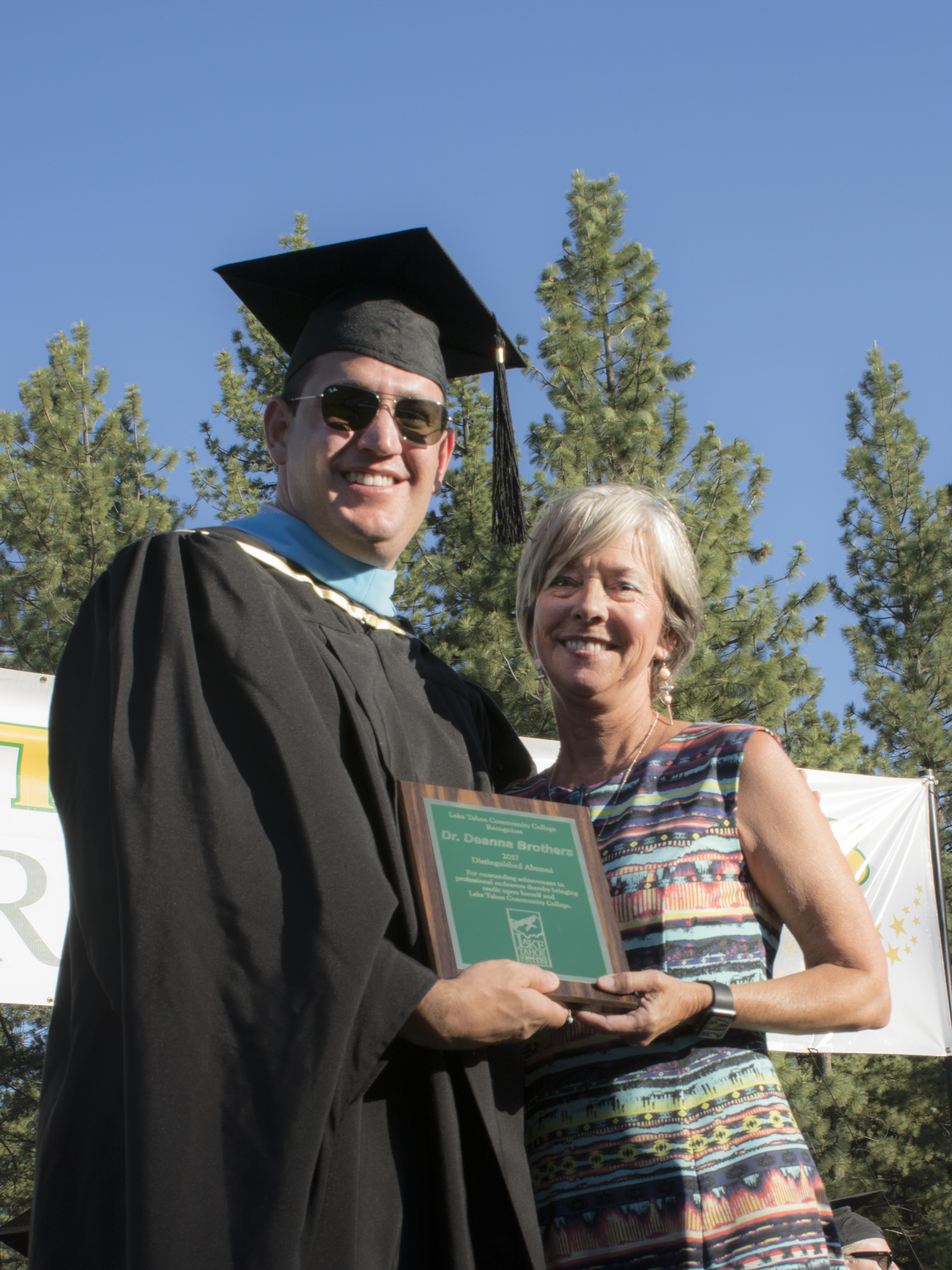 Dr. Deanna Brothers was the recipient of the 2017 Distinguished Alumni Award.

Deanna Brothers graduated from LTCC in 1980 with an Associate of Arts degree in Social Science. She went on to receive a Bachelor’s degree in Biology from Sacramento State and then transferred to the University of the Pacific where she completed her Doctor of Dental Surgery in 1988.

A resident of South Lake Tahoe since 1969, Dr. Brothers continues to be an important part of the South Shore community. She has had a general dentistry practice in South Lake Tahoe for the past 29 years and has served on the LTCC Foundation Board since 2010. Dr. Brothers is an active member and a tireless supporter of the South Shore community, and she contributes her time and funds widely.

When Dr. Brothers is not serving her community, either professionally or altruistically, she is an avid traveler and enjoys spending time with her daughter, Drue, and her husband, Hal Bird. 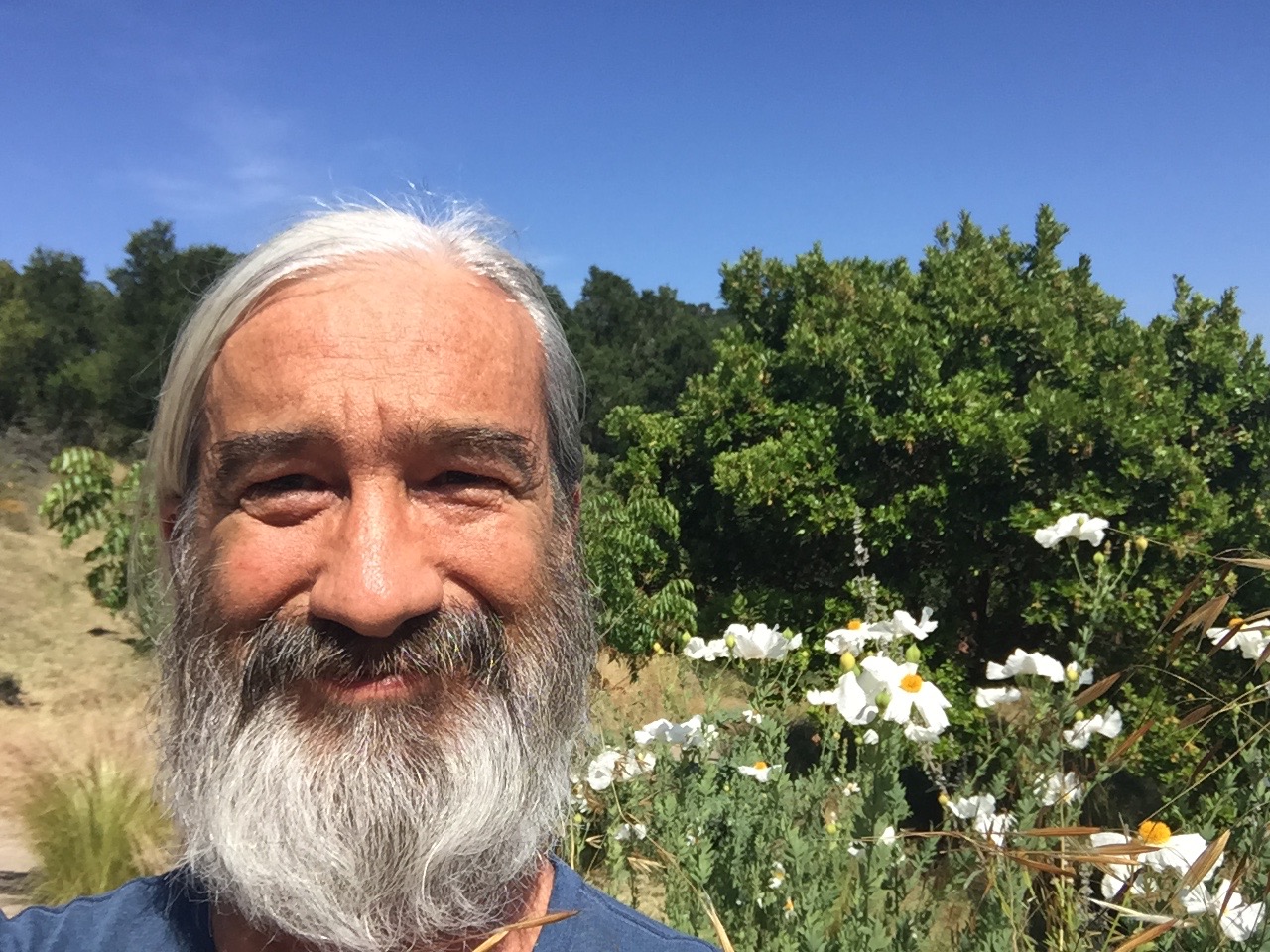 Each year the LTCC Foundation seeks nominations to recognize one LTCC alumnus to receive this prestigious award for their exemplary achievement in his/her particular endeavor in life. These achievements encompass academic, business, professional and civic activities which are attributed to their success from attending LTCC.

Jeff Braun graduated from LTCC in June of 1978. This is Jeff's only college degree.

After a series of entrepreneurial efforts and resulting failures, Jeff co-founded Maxis, a video game software publisher, in 1988. Jeff served as CEO. Maxis is world-famous for creating The Sims, one of the best-selling video games of all time. Jeff retired from Maxis and the video game business in 2000.

An avid backpacker, Jeff loves to explore the exposed granite surface of the Sierra Nevada Batholith. He completed the John Muir Trail in 2012, the High Sierra Trail in 2013 and aspires to hike the entire Sierra High Route. 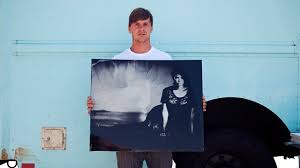 Ian Ruhter was nominated by Foundation Board member Di Bisbee, Lake Tahoe Unified School District Assistant Superintendent Ivone Larson, and faculty and staff member Pat Leonard-Heffner. Ian is a graduate of South Tahoe High School and has been recognized by the National Geographic Magazine in their 125th Anniversary Collector's edition of photographs, and has become a world renowned artist for his unique work specializing in wet plate photography. 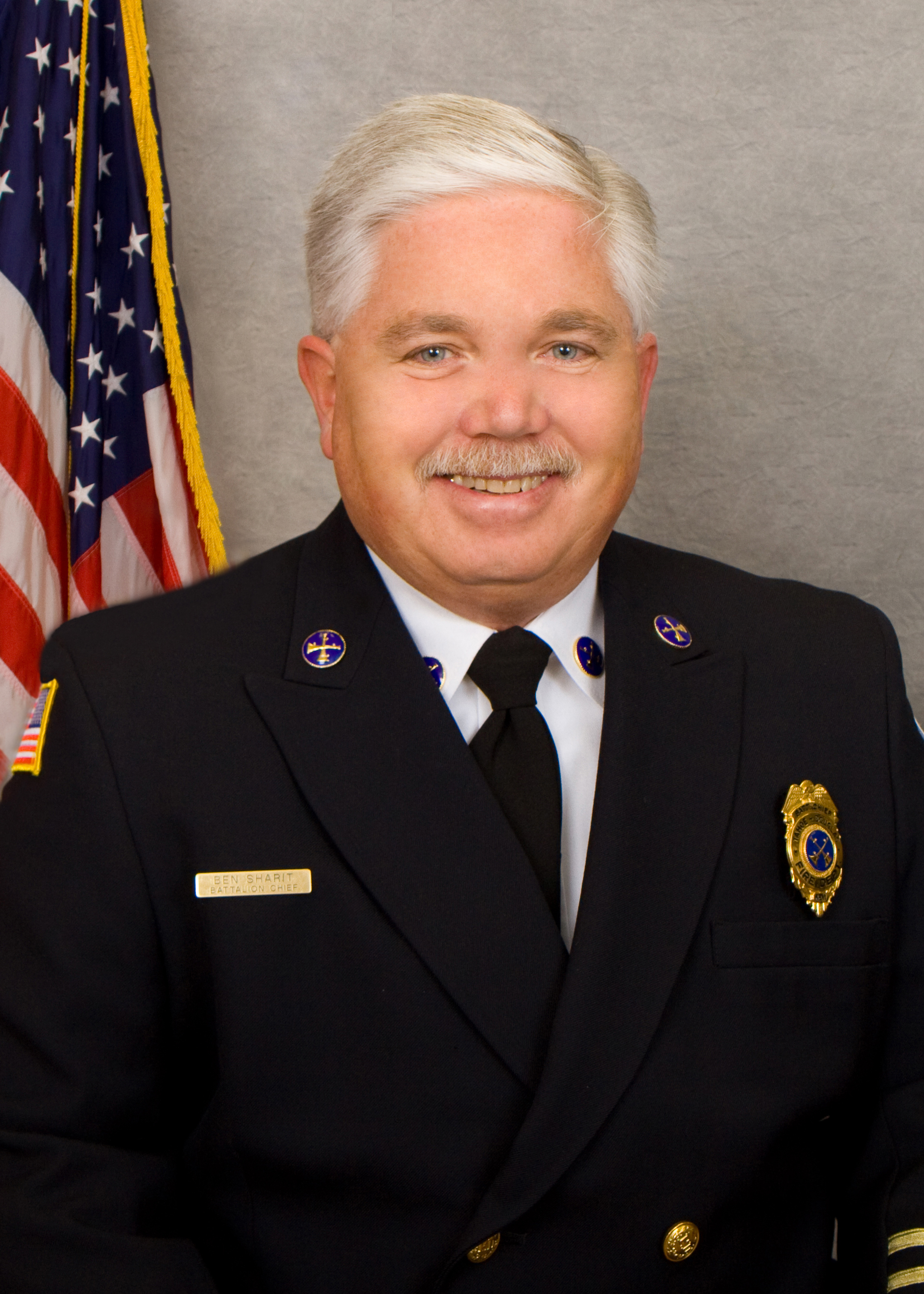 Chief Ben Sharit is a highly visible yet humble and unassuming leader in South Lake Tahoe. He epitomizes the value of receiving an education at Lake Tahoe Community College. Through his dedication to life-long learning, he has demonstrated that locally educated students can indeed ascend to the highest position possible in their chosen fields of endeavor.

Chief Sharit obtained his Fire Science certificate of achievement from LTCC in 1987. He went on to earn his Associate degree in 1999. After graduating from LTCC, Chief Sharit earned a B.S. in Fire Administration from Cogswell Polytechnic College in 2009. He began his career as a firefighter/ paramedic at Tahoe Protection Fire District in 1985, and ascended to the rank of Fire Chief in 2011.

In addition to being an LTCC graduate, Chief Sharit has also been a loyal employee at LTCC since the late 1990s, when he began working as an instructional aide in the college's Emergency Medical Technician program. He went on to hold positions as the clinical coordinator and lead adjunct faculty member in the EMT program before transitioning into teaching in LTCC's Fire Science program. 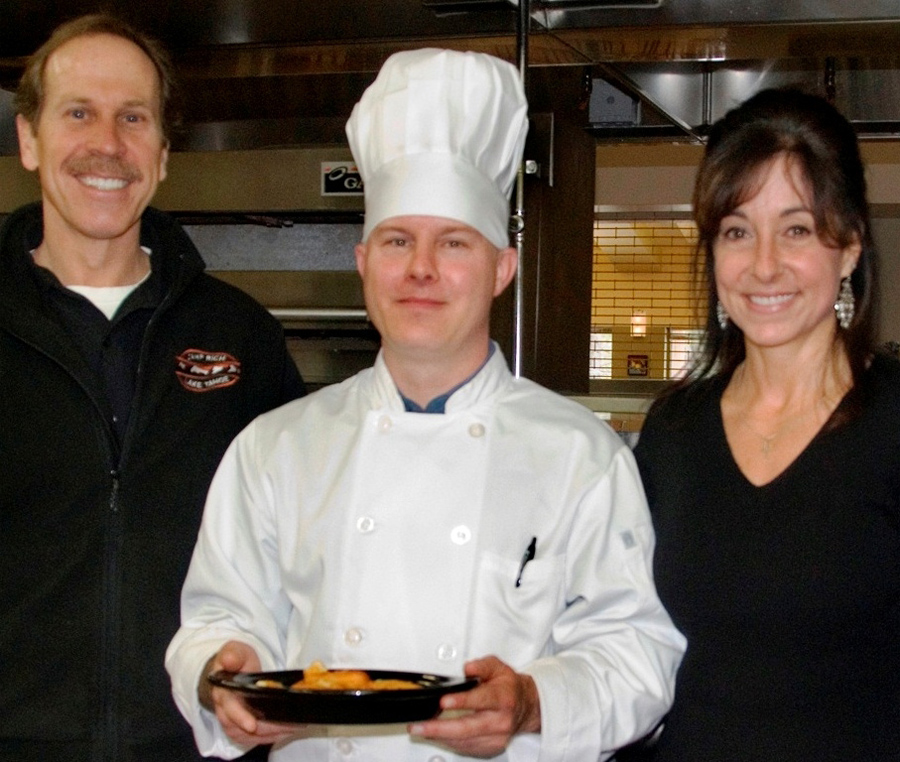 Congratulations to Bob and Tammy Hassett! The South Lake Tahoe business owners and former LTCC students will share the 2013 Distinguished Alumni Award. The Hassetts are the owners of the Camp Richardson Historic Resort and Marina, along with Action Watersports. They were also the longtime owners of the Fresh Ketch restaurant in the Tahoe Keys Marina before selling the popular eatery in early 2013. The Hassetts' success started at LTCC, where Bob served as Student Council President before graduating with an AA degree in Business. Tammy Hassett was also an LTCC student, taking culinary and business classes before becoming a successful business owner herself. 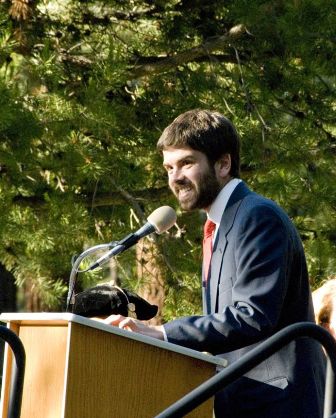 Lake Tahoe Community College honored our first Distinguished Alumni at graduation on Friday, June 26, 2009. Jory John was awarded this recognition and addressed the 2009 graduates with an inspiring and straight from the heart speech.

Jory graduated from Lake Tahoe Community College with an AA in 1997, and then went on to University of Nevada, Reno and California State University, Chico. Jory interned at the Tahoe Daily Tribune in 1996 as a freelance writer, made the dean's list at UNR, and was published in the Mountain Democrat with his cartoon titled "Waterville" which went on to be published in dozens of newspapers across the country and online internationally. He was hired to write cartoon gags for the internationally syndicated cartoon strip "Dennis the Menace" and has won three online contests writing jokes for David Letterman. Jory has published book reviews in the San Francisco Chronicle in 2008; co-authored "Pirate's Log;" published a column in the New York Times; and edited and compiled "Thanks and Have Fun Running the Country" which reviewed in USA Today, People, and the New York Times.

Jory has tutored Native American children in a writing program at UNR, worked with children as a song leader and juggling teacher at a performing arts camp for disadvantaged children, and volunteered for many years at the Seva Foundation, a nonprofit which raises awareness of the need for eye care in third world countries. He is now the director of 826 Valencia which is a literacy center in San Francisco.